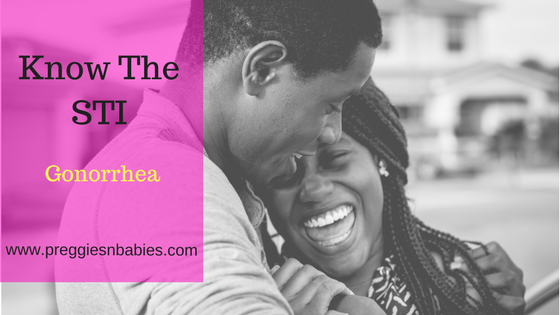 Gonorrhea is an STI that is quite common among the average Nigerian, among the transport workers(who are considered to be unlearned) it is very common every STI is literally gonorrhea to them. This, however, doesn’t mean proper precaution is taken to prevent it or it is being treated properly.

It is caused by bacterium Neisseria gonorrhea, it has the highest rates in females, most men

seek treatment for gonorrhea early because of symptoms but many women with the infection are asymptomatic until complication such as Pelvic Inflammatory Disease (PID) occurs.

Gonorrhea is a sexually transmitted infection that can cause infections in the genitals, rectum, and throat.

How does one get infected?

About 80% of women with gonorrhea are asymptomatic, the most common symptoms of gonorrheal infection, if they occur, include a purulent, greenish-yellow vaginal discharge, dysuria, and urinary frequency. Some women also develop inflammation and swelling of the vulva, pelvic pain may also occur.

How can I reduce my risk of getting gonorrhea?

If a pregnant woman becomes infected after the third month of gestation, the mucus plug in the cervix generally prevents the infection from ascending, and it remains localized in the urethra, cervix and Bartholin’s glands until all the membranes rupture.

Then it can spread upward. A newborn exposed to a gonococcal-infected birth canal is at risk of developing ophthalmia neonatorum. Eye prophylaxis for all newborns is provided to prevent this complication.

Treatment involves the use of antibiotics, depending on if pregnant or not antibiotics would differ.
Chlamydia often co-exists with gonorrhea so it would be tested and treated. Abstinence is advised during the 7 days following treatment. Also, it is advised that all sexual partners are treated to prevent reinfection.
Women should also watch out for signs of worsening of infection such as sharp abdominal pain, fever, or chills).